The Mamata Banerjee-led Trinamool Congress has won a solid victory in the West Bengal Assembly elections. Elections were held for 292 constituencies and won 213 seats. The BJP came in second with 77 seats. The Left Alliance and the Congress, however, failed to win a single seat. Elections were held for 292 seats in West Bengal, which has a total of 294 constituencies. Elections were not held as the other two contesting candidates died with Corona. Mamata Banerjee declared that this victory was for the Bengali people. Mamata said don’t celebrate victory rollies.

There are 120 assembly constituencies under the 18 MP seats won by the BJP in the 2019 general elections. This time, the BJP wants to go beyond that and seize power in Bengal. Prime Minister Modi and Union Minister Amit Shah took the election seriously and campaigned extensively. He will win 200 seats. But the BJP is limited to 77 assembly seats.

Thank you @narendramodi ji for your wishes. I look forward to the Centre's sustained support keeping the best interest of WB in mind. I extend my full cooperation & hope together we can fight this pandemic amid other challenges & set a new benchmark for Centre-State relations.

Congratulations to Mamata Didi for @AITCofficial's win in West Bengal. The Centre will continue to extend all possible support to the West Bengal Government to fulfil people’s aspirations and also to overcome the COVID-19 pandemic. @MamataOfficial

West Bengal Minister and TMC candidate from Bidhannagar, Sujit Bose visits polling booth in East Calcutta Girls College in the assembly constituency, as polling in the fifth phase of assembly elections is underway#WestBengalElection2021

West Bengal Assembly Elections 2021 Live Updates: ECE released eight phases scheduled in this state. Out of eight phases, four-phase completed. The remaining four phases scheduled from April 17 and 29. Voting for 45 constituencies in West Bengal's fifth phase Assembly elections began at 7 am to decide the fate of 342 candidates on Saturday amid tight security. Bengal has already voted for 135 seats & after today's voting results for more than half of its 294 seats will be sealed. Masks, social distancing, sanitizer - voters adhere to COVID19 protocols as polling is underway for the fifth phase of elections across 45 assembly constituencies. PM Modi urges people to vote in large numbers in fifth phase of West Bengal polls.

PM Narendra Modi said Urging all those voting in today’s fifth phase of the West Bengal elections to vote in large numbers. First-time voters, in particular, should exercise their franchise

West Bengal CM Mamata Banerjee said BJP targeted my leg to stop me from campaigning, but I proved them wrong with the blessings of people.

The Central Electoral Commission on Feb 26 released the Assembly election schedule for the four states (West Bengal, Tamil Nadu, Kerala, Assam) and one union territory (Puducherry) in Our largest democracy. Elections will begin on March 27. Closing on April 29. The results will be released on May 2. Elections to the Tamil Nadu, Kerala, and Puducherry Assemblies will be held in a single phase. In West Bengal, polling was earlier held in seven phases and this time in eight phases. In Assam, polling will be held in three phases. Central Electoral Commissioner Aurora will retire on April 13. He said this was his last media conference and thanked all the media friends for their cooperation.


Present Most of the people’s sees on Bengal Politics!

Here is a list of documents that voters can take with them for identification at polling stations. Take any proof of identity mentioned when voting.

CEC Aurora said the polling time was increased by an hour in the wake of the corona. Candidates will be allowed to nominate online as well. It has been revealed that two special election observers have been appointed for the state in the wake of political violence in Bengal. Will hire someone else if needed.

CEC Aurora said only five people, including the candidate, would be allowed to campaign of the house during the election. It was clarified that no more than five vehicles should be used for the roadshow. Senior Citizens, Sick, Emergency Services Staff Only Postal Ballot Permitted. It was clarified that NRI voters do not have this facility.

Vaccination of polling staff before polling

EtG Research is one of the best political survey website in India.

Mamata Banerjee is talking about the failures of the central government in public meetings, and she is announcing various welfare schemes for voters. On the other hand, the BJP's campaign aggression has intensified, saying, "If you want development, you need corruption, cut money culture." All the BJP leaders, including Union Home Minister Amit Shah and Defense Minister Rajnath Singh, have been touring Bengal and criticizing Mamata's government. In the last assembly elections (2016), the TMC won 211 out of 294 seats and the Left 79, while the BJP was limited to just 3 seats

However, the BJP, which made an exceptional comeback in the last Lok Sabha elections, won 18 MP seats and shocked Mamata. there are focused the Assembly elections by adding key TMC leaders into the party. This will make the fight between the TMC and the BJP even more interesting. On another side, Union Home Minister Amit Shah’s campaign is being carried out with the ambition of this state. Amit Shah's strategy and the strong winds of the BJP in the country have raised expectations that the BJP Flag will fly in Bengal this time.

The BJP is weakening Mamata's party day by day by joining to more number of TMC leaders. The BJP has also taken ambitiously Bengal as one of the states where elections are currently being held. The CEC is preparing will be held the elections in eight phases with a view to maintaining peace in the wake of possible riots. Speaking on the issue, CEC Sunil Arora said, "The names of political parties need not be mentioned. There are a lot of factors that affect peacekeeping. Polling was conducted in seven phases during the last elections, this time in eight phases.

The Mamata Banerjee-led TMC came to power for the second time in the 2016 elections. In the 2016 Assembly Elections TMC win 211 seats, Congress‌- Left Alliance win 77 seats, BJP wins 6 seats. Especially this time, the BJP is strong challenging Trinamool, which has twice come to power in West Bengal. The BJP is a plan to a full stop to the ten-year rule of the Mamata Banerjee-led Trinamool Congress. Starting with just 4 percent of the vote in 2011 ... increased to 10 percent by the time of the 2016 Assembly elections. The BJP's aggression has further increased since it won 18 of the 42 Lok Sabha seats in 2019. The Communists and the Congress, once the main parties in the state, have become nominal. Muslims make up over 27 percent of the Muslim population in Bengal. Mamata trust that all of them will vote for themselves.

The BJP, which has achieved unpredictable results in the state in the 2019 Lok Sabha elections, is strategizing to create history by winning the Assembly elections. Guests like Prime Minister Modi, Union Home Minister Amit Shah, and BJP national president JP Nadda have already made extensive visits to Bengal. BJP leaders are confident that opposition to the ruling Trinamool Congress will tie their party to power. On the other hand, CM Mamata Banerjee is planning to prevent the BJP from coming to power in Bengal under any circumstances. Mamata believes that Prashant Kishore, a prominent election strategist who is serving themselves in this election, will benefit from political calculations.

West Bengal elections will have a serious impact on national politics. This election will be a challenge for Mamata Banerjee, who already Wants to grow competitively with Narendra Modi. Mamata Banerjee is going aggressive with the perseverance to ascend the Chief Minister’s pedestal for the third time. She Know, This time the main competition will be with the BJP. Now all the major leaders of the Trinamool join BJP. But the struggle is not new to Mamata. No matter how many people go, she is a brave woman who can sway with one hand.

The West Bengal governments made a key announcement just hours before the Nagar rang for assembly elections. Mamata has announced welfare schemes in order to appease the voters before the release of the election schedule. Bengal Chief Minister and Trinamool Congress leader Mamata Banerjee have given good news to increase the wages of daily laborers.

Bengal Chief Minister Mamata Banerjee has raised questions about the conduct of elections in eight phases. Did Easy announce these dates on the instructions of Prime Minister Modi and Union Home Minister Amit Shah? With respect to the Electoral Commission...In other states, elections are held in a single-phase… In Bengal, however, questions arise as to why it is being carried out in 8 phases. I have information that the election dates are as the BJP wants. Whoever performs the tricks The victory is ours. I am the Daughter of Bengal. I know more about this state myself than the BJP. Everyone is watching your orthodoxy on the only woman Chief Minister in the country.

It is known that Tejaswi Yadav is ready to enter the first time in the Bengal elections. The RJD is looking to compete from areas where the people of Bihar are high in Bengal. Tejaswi Yadav is gearing up to compete in 10th to 12th positions. RJD leader Tejaswi Yadav is scheduled to meet Mamata Banerjee on March 1st. The two parties are looking to form an alliance and defeat the BJP. Similarly, Samajwadi Party leader Akhilesh Yadav is also reportedly supporting Mamata Banerjee. The Congress, which is allied with the Samajwadi Party in UP and the RJD in Bihar, is allied with the Left in the West Bengal elections.

Opinion polls of two survey firms show that the BJP is all set to win the West Bengal Assembly elections. Opinion polls predict a loss for Trinamool in this election. West Bengal, which has 294 seats, needs 147 seats to take power. 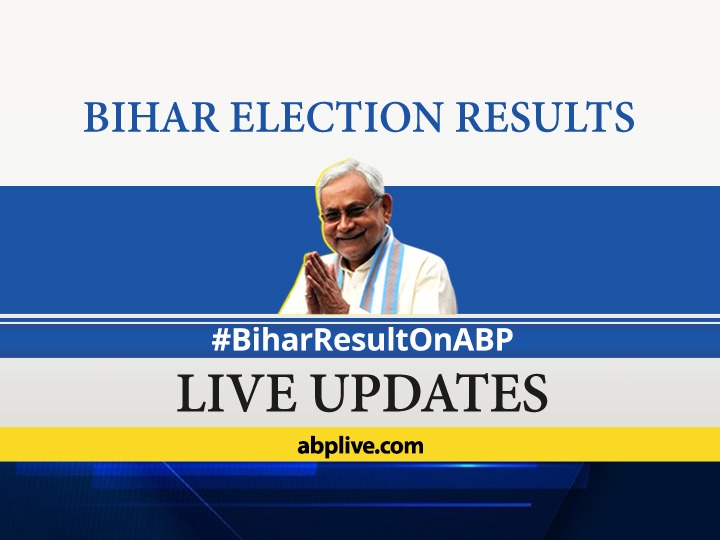 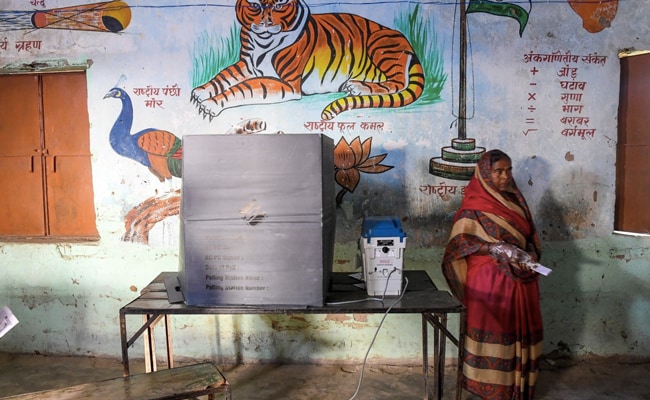